Contact us at (800) 307-5513
|
info@OperationsInc.com
Blog
Contact Us
Home › Resources › Blog › As Open Enrollment Arrives for Health Insurance, Connecticut Rates All Over the Map
Back To Resources Page

As Open Enrollment Arrives for Health Insurance, Connecticut Rates All Over the Map

The following originally appeared on NewsTimes.com on October 27, 2016 and features comments from OperationsInc CEO David Lewis. To view the article, please click here.

As open enrollment season arrives for the large majority of Connecticut residents, many — though not all — will be presented with a menu of unappealing choices from their employers or health insurance carriers, in the form of escalating rates and deductibles or dwindling choices for health services.

How large those changes will be depends to a large degree on the individual and they plan in which they are enrolled.

As of Thursday, the Connecticut Insurance Department has approved health premium rate increases averaging out at 24.8 percent for individual plans and 12 percent for small group plans. The large number of rate changes remain in a black box, however, thanks to large numbers of people in Connecticut insured through “captive” plans in which employers maintain their own reserves to cover medical expenses incurred by their workers.

In a study published in mid-October, the New York City-based Commonwealth Fund estimated family premiums in employer-sponsored health plans grew 4.2 percent annually in Connecticut between 2010 and 2015, a period that covers the creation of the Affordable Care Act and its mandates on coverage.

That was among the slowest rates of increase among eastern states, but as is the case elsewhere Connecticut families are absorbing a higher percentage of contributions to their health plans, and they are paying far more in deductibles, which have grown at an 8 percent annual clip on average.

Those are numbers many who enrolled in the Access Health CT state health exchange would take. Some people are now looking at renewal rates at double-digit percentages or scrambling to find new coverage as the HealthyCT cooperative plan is discontinued. Under the oversight Lt. Gov. Nancy Wyman, Connecticut has worked to keep remaining carriers in the exchange.

In an August hearing by the Connecticut Insurance Department to weigh a rate request by Anthem, a sales executive in the company’s Wallingford office said the increases are the result of the future costs the company expects to absorb in participating in the state exchange, and not out of any profit grab. 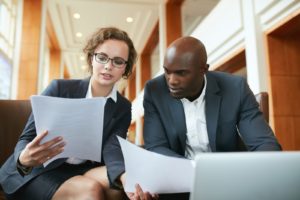 “Unfortunately, as the ACA and the Connecticut exchange move out of their infancy, health care costs have been higher than expected, impacting the financial solvency of some carriers while causing others to exit the exchange,” said Jim Augur, vice president of sales in the Wallingford office of Anthem. “Though higher than we would like, the 2017 rate is actuarially sound and adequate under the law, and it will enable Anthem to maintain its commitment to the individual market.”

With so many seeing the Affordable Care Act as inadequate in addressing the rising health costs it was supposed to solve, the question becomes what steps a new Congress and president will take to address the perceived failures of Obamacare.

In an interview this week with Hearst Connecticut Media’s editorial board, U.S. Rep. Jim Himes, D-Conn., noted the Affordable Care Act is extending insurance to 20 million people who did not have it before, but acknowledged the “imbalanced” premium increases for individual and small group policies and unstable state exchanges that are seeing an exodus of carriers. Himes said he and his challenger state Rep. John Shaban, R-Redding, see eye to eye in wanting to find ways to allow insurance companies to compete across state lines.

“Part of the problem has been that sick people have rushed to join. Healthy people have said, ‘Hm, maybe I’ll pay the $700-a-year tax instead of the $2,000 a year or whatever it might be to buy insurance,’” Himes said. “And there’s the overarching problem of costs in the system. Well before Obamacare and after Obamacare, inflation in the health-care industry has been too high.”

In his own interview with Hearst Connecticut Media, Shaban said the Affordable Care Act as currently constructed is going away — whether it gets repaired, repealed or “collapses under its own weight,” in his words.

“Those policy premiums were supposed to be able to get brought down by improved results and by new, young people in the pool, balancing it out,” Shaban said. “Well guess what — none of that worked… Premiums are going up, deductibles are going up. There are more people that have been hurt by the Affordable Care Act than have been helped.”

Subject
Human Resources Training & Development Payroll
“The team was knowledgeable, easy to communicate with, and helped me organize and review our company’s ACA data in a way that wasn’t completely overwhelming and time consuming. The filings were accurate and done before the deadlines—I couldn’t have asked for a smoother process!”
Senior Manager
Human Resources, Freepoint Commodities, LLC