The following was originally published by WNPR on May 24, 2017 and features comments from OperationsInc CEO David Lewis. To view the original article, please click here.

There’s been a lot of focus lately on how revisions to federal health insurance laws may affect people on state exchanges like the one in Connecticut. But in fact, repealing and replacing the Affordable Care Act won’t just alter the landscape for consumers on the exchanges — it’s certain to have a big impact on employer plans too.

Although the final shape of the Republicans’ health care bill is far from clear, if the House-passed legislation is any guide, it will repeal the individual mandate to buy health insurance, and the mandate on employers to provide it.

The second piece will have some smaller companies breathing a sigh of relief.

“But whatever you can get excited about, you’ve got to take a giant leap backwards and realize that nothing’s done here,” cautioned David Lewis. He’s the CEO of Operations Inc, a Norwalk-based human resources and benefits consulting company. He provides services to many small businesses around the state.

Lewis has taken a wait-and-see attitude, until the Senate releases its proposal. But he said so far, there’s something missing.

“The main concern — which is not going to get fixed in my opinion by anything they’re announcing that they’re proposing to change — is the overall cost of health care,” he told WNPR. “It all comes down to dollars and cents.” 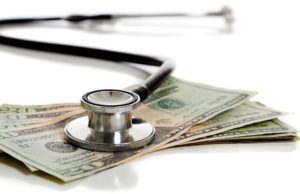 That’s where he said repealing the individual mandate may become a problem: removing younger, healthier people from the system is likely to drive up costs for everyone, including employers providing plans.

On the other hand, the Republicans’ proposal drops certain taxes and burdensome reporting requirements. It also gives companies more flexibility in the types of plans they have to provide.

“It shifts more responsibility to the individuals, and again, the hope is that employers can offer plans that are less expensive, because the employee is taking on a little bit more of the risk,” said Bob Anthony, a health care partner at Hinckley Allen in Hartford.

In other words, your employer-sponsored plan may eventually become cheaper to buy; but if you get sick, you may could end up paying more out of pocket.

And here’s another wrinkle for those who work for companies that operate in several states. As states get the right to opt out of mandates to provide certain types of coverage, your company can choose to site its plan in the state with the lowest requirements.

“If a state, for example, decides not to cover any essential benefits, or a limited number of benefits, and a business happens to be located across state lines, they could take advantage of that state’s benefit changes,” explained Anthony. You might work in Connecticut for instance, but your health insurance could be provided under Alabama’s rules if your company has operations there.

But right now, the major concern for most employers is simply that there’s no certainty about one of the biggest ticket items in their budgets.

“I am telling clients right now they need to prepare for double-digit insurance inflation for their 2018 renewal,” said David Lewis. That’s because insurers are just as much in the dark about the changes, and preparing for a worst case scenario.

And, Lewis said, if Congress can’t get its act together to pass something by late July or early August, we may not even see any changes until the 2019 plan year.