Contact us at (800) 307-5513
|
info@OperationsInc.com
Blog
Contact Us
Home › Resources › Blog › Career Fair Will Focus on Recent Graduates
Back To Resources Page

The following article appeared in the Greenwich Time on June 1, 2016. To view the original article, please click here.

Now in its second year, RecruitCT provides an opportunity to connect young professionals with the top employers across Connecticut. Free for job seekers, the event will take place on June 10 at the Trumbull Marriott, and hundreds of recent college graduates are expected to attend.

Lewis, along with the Connecticut Business & Industry Association, designed the event specifically for graduates of the state’s 30-plus colleges and universities, as well as those who are returning back to Connecticut post-college. Together, they’re hoping to retain young talent within the state, as well as strengthen the local economy as a whole. 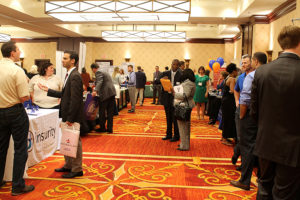 “The state has a terrible record of retaining students as residents and having them become part of workforce,” Lewis said.

“If you can engage recent college grads with jobs in state, you’re essentially planting seeds in the field for the future of the state, as well,” he added. “We can help them put roots down.”

With its growing job market and comparatively lower cost of living, Fairfield County has become a great place to live and work, according to Lewis. Cities like Stamford have created an environment that feels like a major metropolitan market with culture, housing and nightlife conducive to the millennial population. Still, the lure of nearby Manhattan remains a challenge for the retention of younger workers.

“As a parent of two millennials, that is where they want to be,” Lewis said.

According to the U.S. census, Connecticut is losing young and educated people to other states. In 2014, it estimated a loss of 7,709 people between 18 and 24, and 889 between 25 and 34, most of whom have some form of higher education.

“We struggle to overcome the reputation that Connecticut is more for when you get married, more suburban,” added Joe Brennan, president and CEO of the CBIA.

Last year’s inaugural RecruitCT event attracted close to 400 job seekers and 80 employers looking to collectively fill more than 700 open positions. More than 90 percent of employers surveyed after the event said they would likely hire a candidate they met at RecruitCT. Lewis estimated that one-third of job seekers received offers through connections made during the event.

“It’s all about talent recruitment for companies,” Brennan said. “No matter what group or individual, we’re always talking about talent.”

This year, Lewis expects at least 70 exhibitors, such as Vineyard Vines, Stamford Health Medical Group, Sikorsky Credit Union and Indeed, with positions across multiple industries from accounting and finance to marketing and administration. The mix differentiates this career fair from others like it, according to Lewis.

“A lot of the time, you go to job fairs, and they’ll be focused on just sales, which isn’t always desirable,” he said. “We’ve got a really good, healthy mix.”

“It’s one of best ways to find opportunity and a healthy sampling of what’s out there,” he added.

Subject
Human Resources
“I have appreciated the consistently excellent responsiveness and expertise of the OperationsInc professionals. Their knowledge and experience has provided us a great deal of comfort - especially when addressing HR issues.”
SVP Legal
Walker Digital Table Systems