Contact us at (800) 307-5513
|
info@OperationsInc.com
Blog
Contact Us
Home › Resources › Blog › Health Care Limbo: Postelection, Teamsters’ Take on Insurance is a Window on Greater Issue
Back To Resources Page

Promises on the campaign trail often amount to little more than the spent air that comes out of a candidate’s mouth as he or she utters them.

No one knows with any degree of certainty whether President-elect Donald Trump will gain the cooperation of the Republican controlled Congress to repeal and replace the Affordable Care Act (more commonly known as Obamacare), as he repeatedly said he would leading up to the election.

The ripple effect of that uncertainty is starting to be felt in Southern Nevada, at least for one of the area’s largest organized-labor groups.

Teamsters Local 14, which covers 9,500 people, shelved its intent to require employee spouses with coverage available through their workplaces to take those plans instead of remaining with that of the union.

“The reason we suspended it was because of the election and our belief that there will be structural changes to the Affordable Care Act,” Horvath said. “We decided we would just wait for Congress to do what Congress was going to do.

“We are a real-life example of a group that decided to pause.”

Horvath said the Teamsters’ change intended for “everyone to pay their fair share.” With the potential for a major shift in what employers are required by law to do with regard to providing health care benefits, the union’s plan goes on hold.

“We’re expecting the employer mandate to go away,” Horvath said.

Once delayed and now set to take effect this year, the ACA’s employer mandate stipulates that all businesses with 50 or more full-time equivalent employees provide health insurance to at least 95 percent of their full-time workers and dependents up to age 26, or pay a fee, according to obamacarefacts.com. A January bill vetoed by President Barack Obama would have killed the mandate and also attempted to end ACA subsidies for purchasing coverage.

To get a fuller picture, these realities can be combined with statements made by Trump and by House Speaker Paul Ryan, who reportedly seeks to convert the guaranteed entitlements of Medicare and Medicaid to tax credits and state-managed block grants, respectively. To say these actions are likely to be taken, however, would be presumptuous.

“For 2017, the likelihood of any major changes is remote,” said David Lewis, president and CEO of OperationsInc, a human resources consulting firm based in Connecticut. “In short, insurance terms lock in for a one-year period, leaving the carriers with limited wiggle room for changes. 2018 could show the impact of a Trump presidency.”

Open enrollment continues for both state and federal health care exchanges, with a reported 20 million people covered by ACA insurance.

“(Trump) said that he wanted to get rid of the Affordable Care Act, but there are practical problems involved that I’m not sure he knows the answer to,” said Dr. Joe White, Luxenberg Family Professor of Public Policy at Case Western University in Ohio. 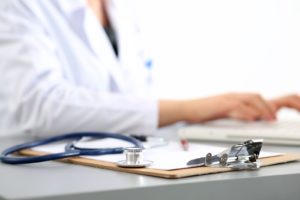 White said the best possible guide would be to look at what Ryan proposes to do. He added, however, that political and budget realities could be difficult to navigate, especially given that Trump performed well in the election among older Americans who would be significantly affected by cuts to current health programs.

In Nevada, almost 600,000 people receive Medicaid funding — a number that increased by more than 280,000 in the four years since Gov. Brian Sandoval chose to expand the state’s program as part of the ACA in 2012 — and nearly 80,000 have purchased health coverage through the exchange.

“It’s going to be rather hard for them to repeal it after people are signed up,” White said.

If the ACA ultimately is repealed or significantly weakened, the direct effect on Horvath and the Teamsters might not be severe because of collectively bargained agreements between unions and employers.

“In the case of unions, it is important to note that changes in the terms of plans are not just dictated by the carrier, the exchange, the ACA, etc.,” Lewis said. “The union and the Collective Bargaining Agreements (CBAs) dictate the terms. As such, plans may not be affected at all if the union can successfully negotiate terms for their members; terms that may be better than otherwise is being offered by the ‘new normal’ of the ACA, post-Trump intervention.”

For example, the Culinary Health Trust covers workers and families with Culinary 226 — Nevada’s largest labor union — and represents about 130,000 insured people. Major unions typically negotiate health benefits as one part of their CBA with employers, locking in terms for a defined period of time.

These agreements, in which multiple employers negotiate benefits with a union or unions, are known as Taft-Hartley plans, which grew out of the Labor Management Relations Act of 1947. Employers contribute a negotiated amount of money to a fund based upon the amount of hours worked by employees.

“The most important thing we think needs to happen is not to let our employer-sponsored health plans be taxed,” Bond said.

Her biggest worry pertains to an aspect passed in the ACA known as the “Cadillac tax,” which imposes an excise tax of 40 percent starting in 2018 on health plans whose value is more than $10,200 for individual coverage and $27,500 for a family, with the tax applying only to amounts that exceed the threshold.

The negotiating ability of local labor unions to acquire stronger coverage could eventually trigger the Cadillac tax on lower- and middle-income workers, Bond said. She also noted that almost 60 percent of people who have employer-sponsored health plans in Nevada have them through self-funded setups like Culinary’s. Lawmakers originally intended to push employers to redirect funds from health care to taxable wages, but the Senate voted overwhelmingly last year to repeal the Cadillac tax and its future is murky.

Whether the cost issue relates to taxing employer plans, rising premiums or hospital billing, solutions are needed that go beyond what the ACA has provided, White said.

For the Teamsters, Culinary and the rest of Las Vegas’ labor groups, they can only wait for more clarity before figuring out how to proceed.