How to Use Snapchat to Get a Job

The following article originally appeared on Fast Company on May 26, 2016 and features comments from OperationsInc CEO David lewis. To view the original article, please click here.

Anyone who’s ever dismissed Snapchat as a just vehicle for sexting or silly face-swapped selfies should take a second look. The mobile app that traffics in disappearing messages was just used as a vehicle to apply for and land a job.

Here’s how it went down.

Graham Allgood had a problem that will sound familiar to most focused jobseekers: “How do I catch the attention of the largest and fastest growing media agency in the world?”

Allgood, a college senior, wanted to land an internship in the social media department of Horizon Media. Rather than send his resume into a pool packed with equally qualifed applicants, cross his fingers, and hope for a call back, Allgood tried a creative approach. “My solution was to market myself to the media agency by targeting them with my own ad campaign,” he writes in a LinkedIn post detailing his methods.

But Allgood couldn’t just mock up any old advertisement and submit it to the agency. Instead, he created an on-demand geofilter on Snapchat. For the uninitiated, the on-demand geofilter is a design that features a custom location or a special event (wedding, birthday, big game, etc.) that users can upload to tag their photos.

After doing a considerable amount of research on the exact location and the best time to post as well as tweaking the design, Allgood purchased the slot for the on-demand geofilter (for $29.65) and scheduled the campaign to run during prime working hours at Horizon’s New York City office on May 3. To ensure they didn’t miss it, Allgood followed up with an Instagram post that spelled out his goal to be the agency’s summer intern.

By 4 p.m. that day, Allgood got an email asking him to interview, and on May 19 Horizon Media’s vice president of communications sent Fast Company a note saying they were going to offer him the job. Allgood will start as a paid social intern on June 6.

Not only did was the time between the bid to the offer swift, but Allgood’s ingenuity catapulted him over any potential competing candidates, says Maikel O’Hanlon, vice president of social media strategy at Horizon Media. He tells Fast Company, “We are always looking for standout thinking and standout thinkers,” but admits this is the first time someone has approached the agency using Snapchat.

As is true for any open position, intern or full-time, “Sifting through a stack of resumes in the hopes of identifying a standout individual can take a considerable amount of time and the typical hiring process can sometimes feel like a nuisance,” observes O’Hanlon. Once a creative approach leaps over the traditional process, O’Hanlon says, “the conversation quickly becomes one that is more focused on personality, cultural fit, ambition, and potential actual assignments.”

Social media has become standard practice in the quest to snag a coveted position. The latest research from Jobvite found that 48% used social to search for their most recent job – of those, 67% used Facebook, only 35% used Twitter. Fifty-nine percent have used social media to assess the company culture of a potential employer.

One reason more people may be turning to social media to stand out is that competition for open positions is tight: found that, on average, each corporate job posting attracts 250 resumes. 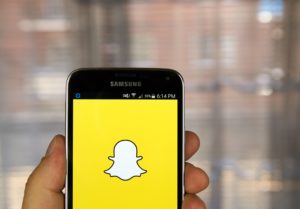 There are those who’ve strategically targeted individuals on Twitter that led to a job offer. Others created standout blogs. Three years ago Fast Company couldn’t ignore the industrious photoshopping endeavors of an undergrad looking to land an internship at the magazine. And last week, a student at Edinburgh University, used Tinder (yes, the hook-up app) to aid her job search using screenshots of her CV and cover letter in place of selfies. As the news report in Metro UK noted, although she’s been flooded with responses (some professional), she’s still waiting for a job offer.

David Gilcher, lead resource manager at the tech recruiting firm Kavaliro, says, “Anyone could put together a resume and post it online. It’s those that have active social media and post relevant content that will get the most attention.” Gilcher looks at the Internet as a place with an infinite amount of ad space. “If you use it, more people will know your product,” he says. “In this case, the product is you.”

“If you’re aiming to stand apart from the crowd and approach an employer in a nontraditional way, make sure your plan is unique, memorable, and professional,” advises Hannah Barfield, a recruiter with Godshall Professional Recruiting. “A Twitter campaign #pleasehireme is desperate and sad,” she points out.

David Lewis, president and CEO of OperationsInc is in favor of using social to find common bonds. “We’re now a society that uses terms like ‘Facebook Stalk,’ so use the intel you can source easily to start the conversation,” he recommends. “If you do the email or Twitter thing let them know you went to the same school, or both are heavy into soccer, or whatever,” he says.

“You can also learn about companies either through the news posted about them on Snapchat or through their company page,” Gilcher points out. Seeing the kind of content they post can help a job seeker stay ahead of the curve, Gilcher says, and figure out ways to adjust your approach while job searching.

DON’T MAKE YOURSELF A NUISANCE

When pressed, O’Hanlon couldn’t come up with a scenario where Allgood’s campaign would have crossed the line (other than profanity or pornography). Worst case, he says, would be if someone spelled the name of the company incorrectly or used a logo of a company that wasn’t in the client roster.

“We might still take a call to reward their enterprising nature,” O’Hanlon says. But the mistake would show a lack of research and attention to detail that Horizon Media (and virtually every company) prizes.

O’Hanlon says that Snapchat and other newer social channels have created a brand new paradigm where stalking has yet to be defined. But Barfield cautions, “Whatever your novel idea is, don’t inundate someone with daily contact or retaliate if your ploy didn’t work as planned.” Remember, the end goal is employment, she says, so you should conduct yourself accordingly.