Contact us at (800) 307-5513
|
info@OperationsInc.com
Blog
Contact Us
Home › Resources › Blog › Obamacare Deadline Looming Large in January 2017
Back To Resources Page

The following originally appeared in The Hour on October 10, 2016 and features comments from OperationsInc CEO David Lewis. To read the original article, please click here.

With the ongoing impact of the Affordable Care Act a point of contention in Sunday night’s presidential debate, left unaddressed was a major point of consternation for businesses attempting to comply with the law — deadlines that loom a few weeks after the New Year for human resources departments to pull together accurate data to meet Internal Revenue Service reporting requirements.

Despite pleas from some quarters, the IRS has left intact a Jan. 31 deadline for businesses to get IRS Forms 1095-B and 1095-C to employees that verify the status of their health insurance coverage. The forms are a key component of the Affordable Care Act that dictates whether the IRS can apply penalties for lack of coverage.

Last year, the IRS extended the deadline for 1095 submissions to the end of March, giving companies much-needed breathing room as they grappled with the accelerated timetable. To date, no such extension is in the offing for the 2016 tax year, which makes an already crowded end-of-year schedule for HR departments all the more so, according to David Lewis, CEO of Norwalk-based OperationsInc. The company is hosting a one-hour webinar on Oct. 19 covering tasks that must be completed off over the next few months. OperationsInc charges $75 for the webinar, which runs from 11 a.m. to noon, with registration online at www.operationsinc.com.

“When you go into year-end a lot of this is … just giving people an opportunity to sit down and think about their to-do list,” Lewis said. “What’s problematic is that in HR, you used to have the window be October and November … Now it goes through January.”

There are a few reasons for the extension of that timeline, most notably the IRS reporting requirements for the Affordable Care Act. The January deadline means that for many companies, forms must be headed to the printer by the third week of the month in order to ensure they are postmarked by Jan. 31.

HR departments are already a week or two into their busiest time of the year, with open enrollment looming for many employers, during which employees finalize health-insurance choices. 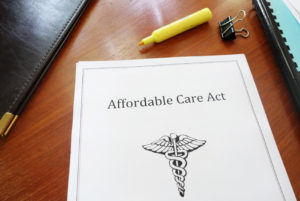 At the same time, many personnel departments are readying for end-of-year performance reviews that feed into the raises employees receive and, by extension, changes that will have to cycle through their IRS reporting. Even as that is occurring, Lewis said that many businesses are pushing back bonus awards into February as an inducement to discourage personnel from jumping ship when the calendar flips to the new year, which is intensifying the pressure in the first few months of the year for HR staff to get everything done on time — and without errors.

“It is a bear — it is just a ton of work,” Lewis said. “Think of all those things that you need to do, because if you don’t, you are going to miss something … You are going to be at the office until 10 or 11 at night and a couple of weekends in order to get everything done.”