Contact us at (800) 307-5513
|
info@OperationsInc.com
Blog
Contact Us
Home › Resources › Blog › Why Your HR Department Can’t Stop Sexual Harassment
Back To Resources Page

The following appeared on Bloomberg on October 30, 2017 and features comments from OperationsInc CEO David Lewis. To view the original article, please click here.

In an ideal world, anyone who experiences harassment at work would head directly to the human resource department. That’s where a sensitive, well-trained professional would conduct an “immediate and impartial” investigation followed by “appropriate action to remediate or prevent the prohibited conduct from continuing,” in the procedural language preferred by the Society for Human Resource Management, a national trade group.

The recent spate of high-profile workplace harassment allegations demonstrate how far things are from that standard. Susan Fowler took her complaints of harassment to Uber’s HR department, only to have her concerns dismissed because her harasser was a “star-performer.” At the Weinstein Company, meanwhile, HR allegedly funneled every complaint back to Harvey Weinstein, employees told the New Yorker. An employee at Signet Jewelers, which is facing a lawsuit alleging workplace harassment and discrimination, said she never heard from HR after filing her complaint. “As far as I am aware nothing was ever done about it,” she said in court documents. (A spokesperson for Weinstein didn’t immediately respond to a request for comment; Signet says it “has had strong systems in place for reporting and addressing” workplace harassment.)

Human resources, it turns out, often comes poorly equipped to handle serious workplace harassment claims. Some of that inability stems from where the department sits on the org chart, some from the skills and talents of HR managers themselves. On top of all that, the basic compliance function of human resources—to ensure a company doesn’t violate the law—is often interpreted as a mission to protect a company from lawsuits, and employees know it. 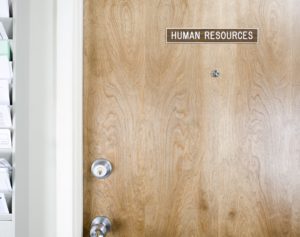 “Employees have every right, in some companies, to look at HR as a tool of management, not as an advocate of employees,” says David Lewis, who has worked in HR for 31 years and now runs a consultancy. “You can’t get around the fact that HR reports to management.”

Most Fortune 500 companies have a chief human resource officer, often the fourth- or fifth-highest-paid person in an organization, reporting to the chief executive officer. At this level, there’s access to other C-level executives and to the board, which is important in the event that a company’s top officials are behaving badly. That status doesn’t guarantee they’re taken seriously, says Joseph McCabe of Korn Ferry, the HR consulting firm. “The reporting relationship may be there, but some are more influential than others.”

Gender also plays a role in these power dynamics. Three-quarters of HR managers are women, according to the Bureau of Labor Statistics, and that means alarms over harassment might be met with skepticism by male-dominated leadership. “That is a huge factor in the whole story,” said Lewis. “It’s an underlying aspect of what happens when you’re bringing complaints and issues overwhelmingly about men’s behavior towards women.”

Men who complain have been ignored, too. When Brandon Charles, a senior manager at SoFi, told the HR department that he witnessed harassment of his female colleagues, his complaints were dismissed as “devoid of merit.” (SoFI’s CEO at the time, Mike Cagney, has since resigned.)

t midsize and small companies, there’s rarely the illusion of a direct line from HR to the top decision makers. Human resources is typically part of a company’s operations, adjacent to payroll and benefits. Looking at harassment through a strictly financial lens leads to some tortured work-arounds. Harvey Weinstein’s contract with the Weinstein Company, for example, allegedly accounted for his behavior by requiring him to pay the damages out of his own pocket, rather than company coffers, according to a contract obtained by TMZ. Fox claimed ignorance of the millions in settlement money Bill O’Reilly paid his victims because “the settlement wasn’t a company settlement,” company Chief Executive James Murdoch said during a conference.

“I’ve heard comments from managers: How can we keep this quiet?” said Michael Kerrigan, an HR director at Interactive Brokers who has worked in several industries over two decades. Protecting the company isn’t actually as difficult as employees might imagine. According to two Supreme Court decisions in the late 1980s, if a company can show it has taken steps to address and prevent harassment, it’s not liable for its employees’ behavior. Today, about 80 percent of companies offer some kind of sexual harassment training, which covers at least the “prevent” part of the Supreme Court’s standard.

Organizations that handle harassment well—and they do exist—have leaders who show they care about preventing it, says Patricia Wise, a labor employment lawyer who advises HR departments on sexual harassment. “It has to be a very visible commitment,” she says.

One example might be mentioning harassment in quarterly or sales meetings. Training that goes above and beyond the bare-minimum compliance training also helps, and so does accountability. Wise recommends that HR managers and supervisors should be evaluated on how they handle harassment claims. 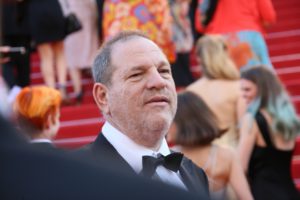 As the economy has improved and the job market has tightened, organizations with robust HR departments have focused on recruitment and retention, creating roles such as chief culture officer or chief happiness officer designed to attract and keep top talent. Those roles require different skills and personalities than roles that focus on the darker side of workplace dynamics. “It’s almost impossible for those individuals to be expected to handle investigations of this nature,” says Lewis.

HR certification programs do cover workplace harassment as part of the curriculum. The HR Certification Institute certification exam asks at least one or two multiple-choice questions on the topic out of 150. When asked about its exam, the Society of Human Resources said that the book from which the exam is developed covers sexual harassment in three places. Working in HR doesn’t require any degree or certification, but many—although not a majority—obtain accreditation for high salaries.

Some within the industry are now reckoning with the role HR plays in addressing—or preventing—workplace harassment. Lewis says his consultancy has received three times as many calls in the past month asking for help with harassment claims. The Society for Human Resource Management has also seen spikes this year in requests for resources on sexual harassment.

Still, there’s a reluctance among HR professionals to admit that the field has a problem, says Jill Coscia, who has worked in HR for more than 25 years. She hasn’t seen her colleagues absorbed in self-reflection following the revelations about Weinstein or Fox News. The topic has so far been treated like “water cooler” talk, Coscia says.

Kerrington has experienced the same thing. “I have not heard as much conversation as I suspected I would’ve,” he says. “People are more entertained by it, as opposed to stepping back and saying it’s not just the entertainment industry.”