OUR VIDEO
Meet our team and learn more about our extensive suite of HR related services.
Home › Who We Are › Meet The Team › David Lewis 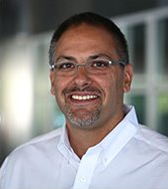 He began his 30-year career in human resources and operational management for leading firms including Merck/Medco and Computer Associates.

David then went on to launch OperationsInc in 2001, which he began as a one-person consultancy and has grown it into one of the largest HR consulting practices in the nation. The now 80+ employee consultancy provides HR, Payroll & HRIS Technology, Recruiting, and Training and Development support to a base of over 1,800 clients representing businesses of all sizes and industry throughout the US.

A leading, respected voice in the areas of HR, workplace and talent management, business issues, and most recently COVID-19 HR crisis management, David frequently serves as a subject matter expert and source for the leading purveyors of news in the HR and Business spectrum, including The Wall Street Journal, NPR, CBS News, Human Resources Executive Online, HR Magazine, The Bloomberg Business Report, The New York Times, and many regional broadcast news networks.

He also travels extensively across the U.S. to both present and moderate as an HR thought leader at industry conferences and events, including The Consumer Electronics Show (CES), SHRM National, as well as countless regional HR and Business events.

In addition to his work for OperationsInc, David is also a trusted voice in the business community. He currently serves as the Chair of the Consumer Technology Association’s (CTA) (www.CTA.tech)  21st Century Workforce Council, as well as a board member of CTA’s Small Business Council, which supports the growth and success of entrepreneurs through education, collaboration, and mentoring programs. Previously, David also served a term as a member of CTA’s Board of Industry Leaders.

David is also an active member of The CT Business and Industry Association’s (www.CBIA.com) Board of Directors, which he has been a part of in some capacity for over a decade. In 2001, he co-founded  The CEO Roundtable, a Fairfield County-based business and networking group, and in 2013 he launched The HR Roundtable, a networking and educational group for over 100 HR professionals with chapters in Westchester County, New York City, and Connecticut.

David and other members of the OperationsInc team have been recognized as industry and community leaders on several levels. In 2012, OperationsInc was named a Top 10 Entrepreneurial Place to Work by NY Enterprise Report, and the group has been named a Hearst Media Top Workplace every year since 2013. David was also named the Hearst Media Top Small Business Leader in 2017.

Outside of his work in the business community, David is also involved in many philanthropic endeavors, including working with many social action and arts focused charities and foundations.

David resides with his family in Stamford, CT.

Book David Lewis as a Speaker

Send me the latest HR and Payroll news, tips and events via email.