Contact us at (800) 307-5513
|
info@OperationsInc.com
Blog
Contact Us
Home › Resources › Blog › Update on the Rescinding of DACA
Back To Resources Page

Update on the Rescinding of DACA 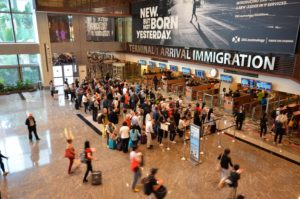 Deferred Action for Childhood Arrivals, otherwise known as DACA, is set to end in March 2018, however the Department of Homeland Security (DHS) has indicated that they will allow DACA beneficiaries to work until their Employment Authorization Documents expire. Additionally, the DHS will continue to process new requests and renewals received by September 5, 2017.

DHS has indicated DACA beneficiaries will be permitted to continue to work until their Employment Authorization Document (“EAD”) expires despite the program ending. As a result, employers need not be concerned with whether an EAD presented for I-9 purposes was issued pursuant to DACA or some other program.

Additionally, certain requests will continue to be received:

DHS will continue to process DACA initial requests, renewals, and associated work authorization applications received by September 5, 2017. Additionally, DACA beneficiaries whose work authorization expires between September 5, 2017, and March 5, 2018, may file to renew their EAD until October 5, 2017. The Trump administration has confirmed that any newly issued EADs will be valid for a two (2) year period.

To read more on the current state of DACA, please click here.

Subject
Human Resources Training & Development Payroll
“The OperationsInc team is always a pleasure to work with. I have complete trust in their knowledge and work accuracy. Thank you for providing excellent services to Laerdal! You help make each day a bit easier for HR professionals like us.”
HR Generalist
Laerdal Medical Corporation